The Dubai brand of luxury smartphones and accessories customization Caviar announced its own prize for the best player of the World Cup in Qatar. The lucky winner of this honorary title will receive a gold iPhone 14 Pro, dedicated to the mundial, worth 25000$. 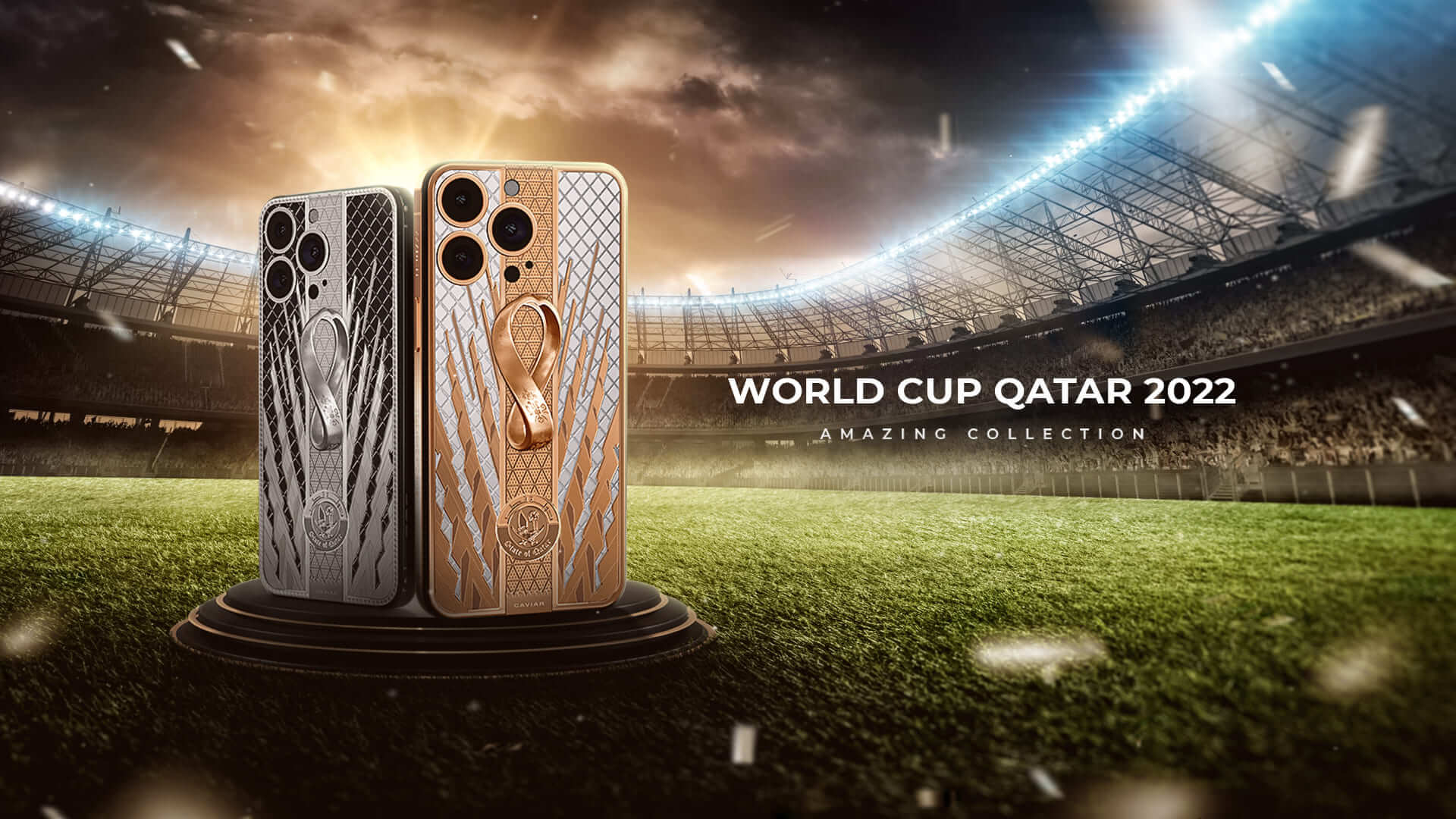 Caviar is a luxury brand that creates designer versions of Apple and Samsung gadgets in Dubai. The company has announced a collection dedicated to the World Cup in Qatar. There are two models in it – The Great and The Iconic. Each of them is in a limited series.

Consequently, The Great will be sold in the amount of 22 smartphones, and its first number is already reserved as an independent prize for the best player of the World Cup. The number 22 refers to the quantity of football players participating in a match. The footballer recognized by the tournament organizers as the best player will receive a phone covered with pure 24K gold with a championship emblem cast from 18K gold. It is expected that the main football stars – Messi, Mbappe Benzema, Neymar, De Bruyne and Ronaldo – will compete for it.

"I'm a big football fan myself. I’ll not tell you which club I support as I do not want to show my hand. What is the most important thing in sports? Honesty and open-mindedness, I believe. Even if the best player turns out to be the one that I personally dislike, I will be happy to give him a golden phone" (Serge Kitow, CEO of Caviar).

The Great bears this name because the World Cup accurately determines the greatness of a football character in people's minds. This prefix is usually used when talking about the great kings of the past. Nowadays, football stars with their fabulous fees and huge popularity in the media have become the new kings of the modern age. The best football player of the Championship — a football player worthy of the title Great - will receive a royal gift from Caviar. Especially for him, the company will make a personalized engraving on the side of the phone with the prefix The Great.

The Iconic is made in exactly the same design with a diamond–shaped pattern in the style of the main championship arena of the season – Lusail Iconic Stadium. The composition is inspired by traditional Arabic ornaments decorating the historical monuments of Qatar. The decoration is made of aviation titanium with the use of the special polishing technology.

The championship takes place in a predominantly Muslim country which culture disapproves men’s use of gold jewellery and accessories. Out of respect for Muslim traditions, Caviar did not use a single gram of gold in the design of The Iconic.