Caviar made the most expensive iPhone 14 Pro Max. Diamonds by Graff are involved

The international brand Caviar has released the world’s most expensive custom iPhone 14 Pro Max worth more than $ 533 000. The company encrusted the phone with diamonds in the amount of 511 pieces, not counting the giant pendant in the form of a snowflake. To do this, it was necessary to disassemble the original Snowflake necklace by the jewellery giant Graff. For those who want to sparkle with the phone by Caviar for a more democratic price, jewellers have created a «Swarovski Edition» version. 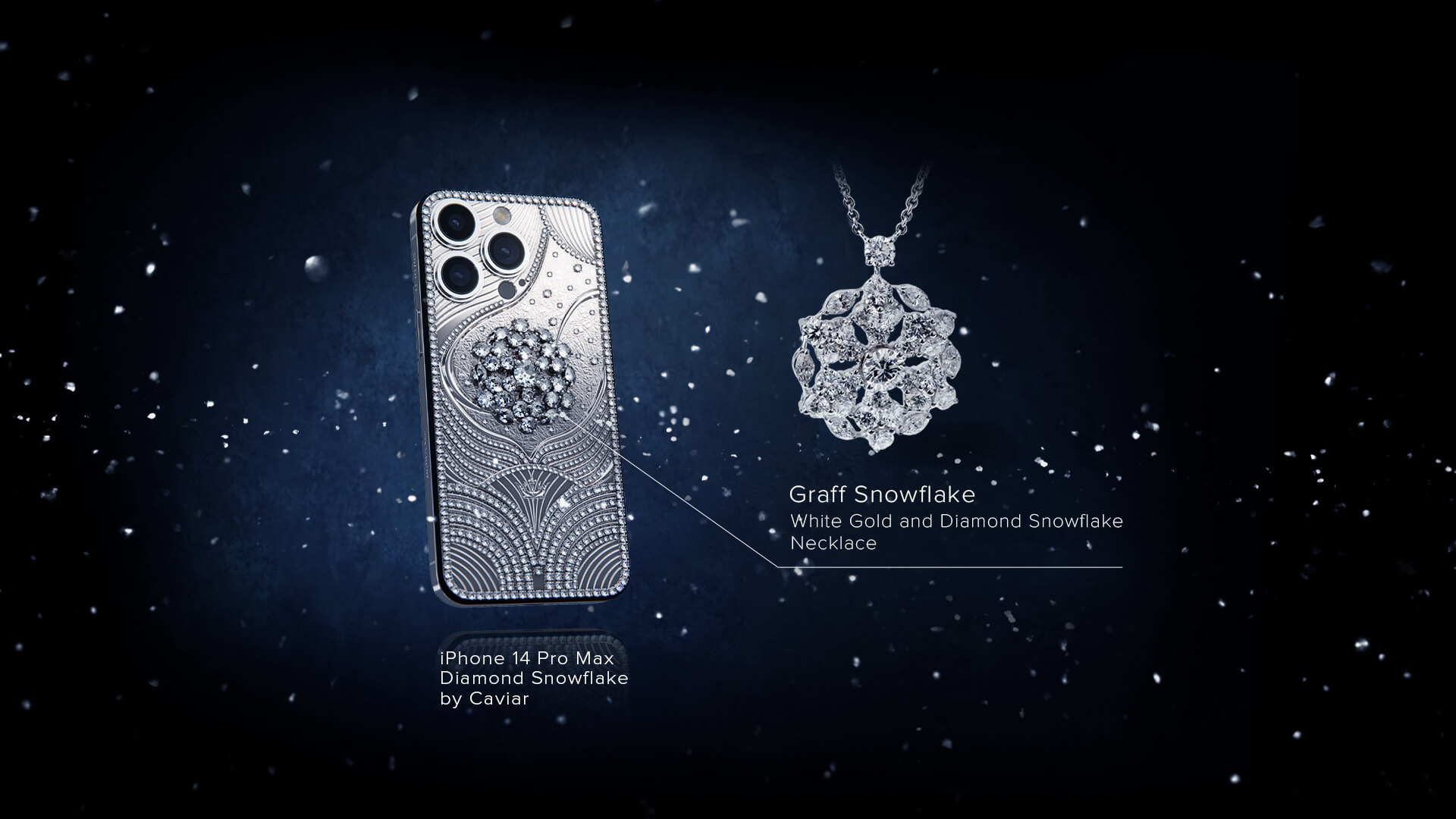 Caviar is an international company engaged in customization of smartphones and accessories. By New Year 2023 they have released the most expensive iPhone, inlaid with a pendant made of large diamonds. For this purpose the brand has turned to the famous British jewellery house Graff, in the collection of which there is a rarity devoted to winter – Snowflake.

The snowflake by Graff is a piece of jewellery made of large diamonds and white gold. The central stone has rare properties and is certified according to international standards GIA as a diamond with the highest quality cut. This assessment is very important because the ability of stones to reflect light depends on it. The Graff jewelers tried to make a snowflake of their diamonds shine like a morning star.

The most expensive smartphone is named Diamond Snowflake after that snowflake. It is literally strewn with diamonds because there are 511 stones on its body in addition to the pendant. The owner of the phone will be able to spend hours enjoying their fascinating flare. The design literally attracts the eye and dazzles everyone around. In addition, there will be a certificate confirming the authenticity of the Snowflake by Graff in the box with the phone.

«All people love diamonds, but very few can afford jewellery with such precious stones. Though, our customers can afford everything. Even to buy a diamond iPhone for $ 533 000 just to be in the spotlight» (CEO of Caviar, Serge Kitow).

It is noteworthy that the company has moved beyond the production of the most expensive phone. On their website one can order a phone model called Crystal Snowflake SE (Swarovski Edition) that duplicates the luxury design with Swarovski crystals. It is not inferior in beauty, but is many times cheaper.